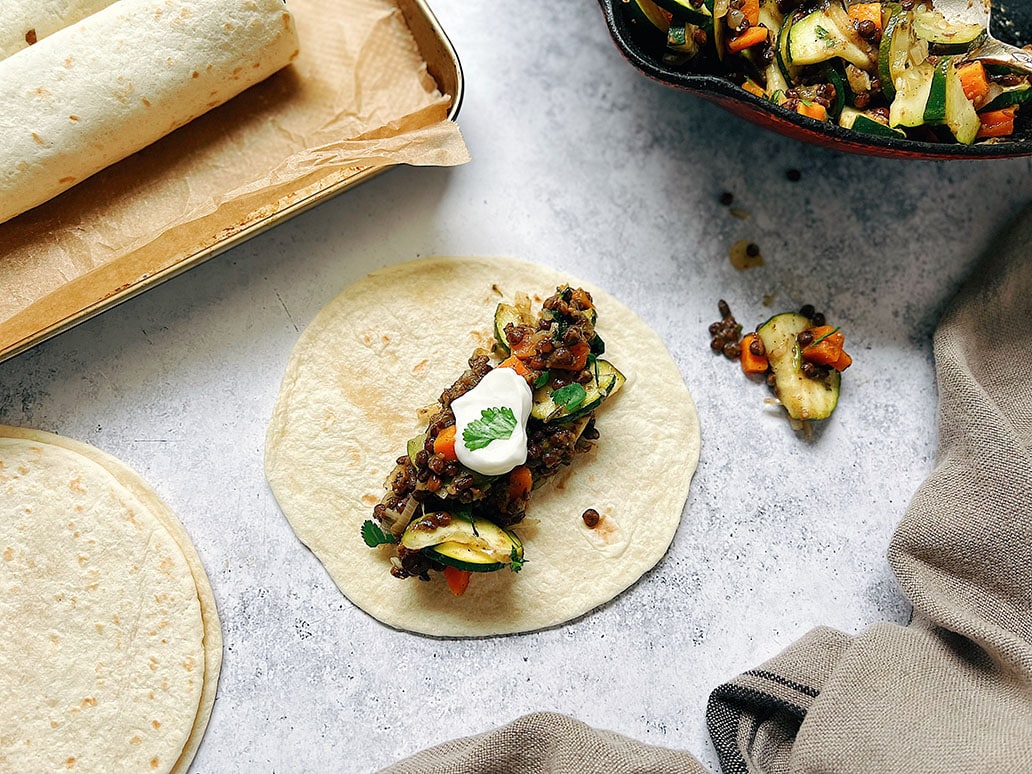 How To Make Vegan Mexican

If you are vegan, or thinking about going vegan, Mexican food is a really good cuisine to inspire you and experiment with. This is because it’s really flavourful, tasty and exciting, not to mention bright and colourful! Although it’s not known for being vegan, many dishes in Mexican cuisine mainly use veggies, pulses, rice and corn, making it easy to substitute and adapt the recipes. In this blog we explore how to make vegan Mexican, using in the know tips and tried and tested tricks!

You can make cheese out of nuts! You can substitute the crumbly Mexican cotija cheese by making it with almonds. Perfect for sprinkling on tacos, nachos or over enchiladas. For our vegan nacho cheese recipe we have used cashew nuts.

We’ve compiled a list of the most popular protein substitutes here for you, with examples of which of our recipes you can swap the meat out for. You just need to get used to picking apart recipes, and knowing which vegan-friendly handy swaps you can make, that serve the same function. Enjoy!

Tofu tastes great and is also really high in protein, making it a firm favourite amongst vegans. It’s also relatively low in calories and very high in iron, so an excellent choice for the sporty vegans out there! It’s best pan-fried in a bit of oil and makes a great substitute for eggs, but can also be added to tacos, salads, fajitas or pretty much anything.

Trade in the halloumi in this recipe for some scrummy tofu marinated in our favourite secret weapon, Gran Luchito Chipotle Paste.

Use tofu in this recipe instead of cheese, with lashings of Gran Luchito Refried Beans, making yourself a tofu toastie!

Grab some Gran Luchito Soft Taco Wraps and make yourself a tofu scramble instead of using eggs. The crumbly texture of tofu lends itself well to this recipe.

The reason Jackfruit has become such a popular meat substitute is due to the texture. It lends itself really well in recipes that have shredded meats such as tinga and pulled pork. It has a very slightly sweet but mostly neutral flavour, so can easily be made Mexican with a little help from Gran Luchito! Check out our Vegan Pulled Pork recipe that uses jackfruit!

Take a leaf out of our pulled pork recipe and swap the pork for jackfruit. You can then make your very own Jackfruit Burritos!

For this recipe, follow it the same way as we’ve done with the chicken, and flavour your jackfruit with Gran Luchito Chipotle Paste.

Mushrooms, especially meaty portabellos, are great for substituting into Mexican dishes. You can mix them up with beans, nuts, seeds, and then add lots of Mexican spices, which will drive the flavour. Packed full of protein, mushrooms also contain many vitamins and minerals.

Here’s a great vegan recipe for you to recreate at home! It uses our Gran Luchito Red Fajita Simmer Sauce. All ingredients here are vegan friendly.

Ignore the butter in this recipe, and swap the grated mozzarella or cheddar for a vegan alternative (most big supermarkets sell it now).

A really nutritious vegan mince option, soya mince can be used in dishes such as chilli con carne, beef enchiladas, and beef tacos recipes. It’s high in protein, and contains all of the essential amino acids needed for growth. An added bonus is that it’s very low in saturated fat, and therefore low in calories.

The perfect dish to swap beef for soya mince. Swap the creme fraiche for a vegan version, or vegan sour cream.

A really healthy, lower calorie version of this Mexican classic. All you need to do is swap the beef for soya mince and the mozzarella for a vegan cheese.

Another dish that is great for soya mince. Tacos are so versatile, and this meal is great for lunchtime leftovers or an easy dinner.

You can adapt any quesadilla or enchilada recipe by using vegan cheese, and the selections are getting bigger and better in big supermarkets and local markets. We like cashew cheese (a common dairy-free cheese) as seen in our Vegan Nacho Cheese recipe. Whether you want a cheese log or a creamy spread, cashews are a versatile and simple substitute that anyone can make at home.

Instead of sour cream, why not use some natural coconut yoghurt. Made with over 95% of coconut goodness, it’s naturally low in sugar and a source of magnesium & potassium. Dairy free but with probiotics, what a great substitute!

There aren’t many crème fraiche substitutes out there but Oatly might be one of the best known. Free from Lactose, milk protein and soya it is made from oats, and is a lot like crème fraiche. Alternatively, you could use full-fat coconut cream or soy sour cream as a substitute for crème fraiche.

A lot of recipes including ours use a lot of lard, butter or chicken stock in the preparations to enrich the flavours of the recipe. Substituting butter with vegetable oil, olive oil, avocado oil or coconut oil are the best options for cooking at home. In terms of stock, replace chicken or beef with a good vegetable stock instead.

On sandwiches, you can also substitute spreadable butter with nut butters like peanut butter, almond butter, and sunflower butter. Gran Luchito Refried Beans are worth a mention here, and delicious spreaded over sourdough and toasted with some vegan cheese in our Mexican Molletes recipe.

For more, see here for our other Vegan Recipes.

We hope you’ve enjoyed reading our guide on How To Make Vegan Mexican, and it’s inspired you to use your usual veggies in a different way, and turn them Mexican! We’d love to see what you get up to in the kitchen! Don’t forget to tag us #granluchito.

Be sure to check out our Beginner’s Guide to Mexican Food to learn more about what Mexican food involves.

For similar blogs to this one, please visit: