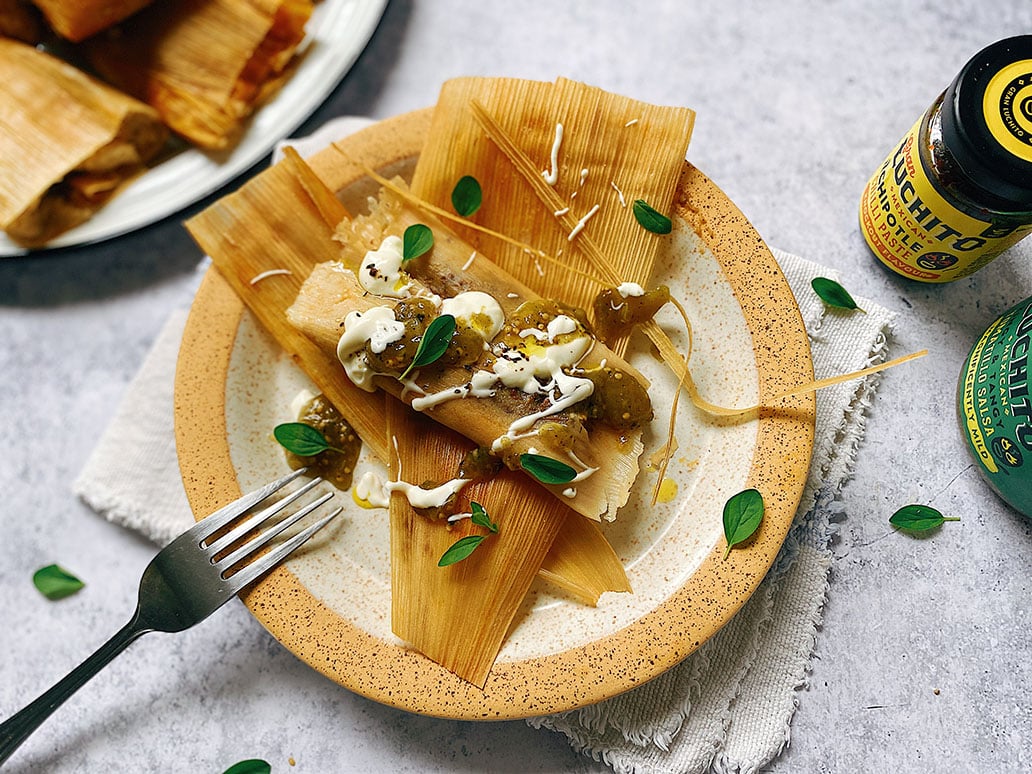 Tamales are savory cakes made of corn masa mixed with lard and filled with a variety of things. They’re carefully wrapped in corn husks and steamed until they become firm but still remain moist and lovely.

From beef, pork, chicken, to vegetables and even sweet versions like chocolate and strawberry, there is a world of tamales to choose from! Perhaps the most traditional one is a hot tamales called “tamal de rojo” or red tamales that consist of slowly stewed meat (pork or beef), cooked in a red sauce made with Mexican dried chillies. They are made and served on special celebrations in Mexico like Day of the Dead, Christmas time and Dia de la Candelaria, but you can also find them all year round.

This is our tamales recipe for tamal de rojo, where we use our signature Gran Luchito Chipotle Paste to cook the beef and make it into delicious and succulent meat, ready to go into the tamales. We’ve substituted the lard for butter, as it’s more commonly used here in the UK, but you can use pork lard as well if you wish to.

We recommend that you prepare your tamales ahead of time as it’s a lengthy process! They can also easily be frozen for up to 3 months, or kept in the fridge to consume within that week. 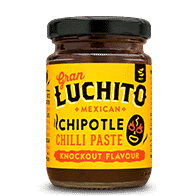 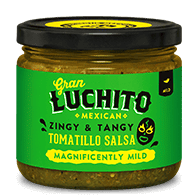 What To Serve With Tamales

If you are planning on having them as party snacks, then consider pairing them with Cheese Empanadas or Chicken Taquitos. But if they are for lunch or dinner, then pair them with: 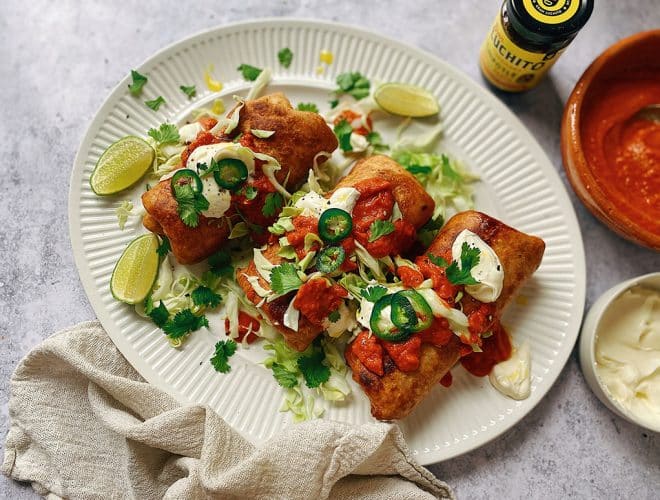 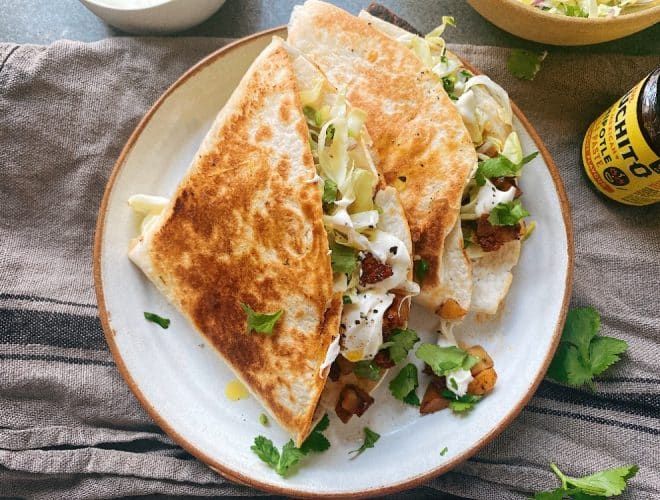 Why are tamales wrapped in corn husks?

Tamales are wrapped and cooked in corn husks or banana leaves, but they are removed from the husks before eating. The corn husks do not get eaten, they are just used to envelope the dough and filling of the tamale which gets cooked inside.

Where do tamales come from?

Tamales originated from Mesoamerica from as early as 8000 to 5000 B.C. Mesoamerica is a historical region and cultural area in North America. From here it spread to Mexico, Guatemala and the rest of Latin America. The word tamale derives from the Nahuatl word Tamal one of the Aztec's primary languages during their empire.

Tamales are generally considered healthy. Especially because they're steamed instead of fried. However, because of the fat and carbohydrate content, it's important to watch your portions.