Mole is one of the most important dishes in Mexican gastronomy. It’s origin goes back to pre-hispanic times but it was perfected during viceroyalty times. It’s name comes from the Nahuatl “molli” or “mulli” which means sauce or mixture.

Mole is considered very precious and is prepared mainly during special occasions and festivities, such as Day of the Dead or to celebrate the Independence of Mexico. It’s a very unique and complex dish, and you can find many mole recipes around the country. It’s believed that today in Mexico you can find about 50 different types of mole, but perhaps some of the most well-known ones are: mole poblano, mole negro, mole verde, mole manchamanteles, mole amarillo and mole coloradito.

Typically mole is prepared with a combination of Mexican dried chillies, nuts, sesame seeds, spices, fruit, garlic, onion and enriched with chocolate and chicken stock. However, it’s preparation varies according to the region and the cook! Mole poblano is perhaps one of the most popular recipes. It was invented by a nun in the convent of Santa Rosa in 1681, in Puebla, Mexico when she was asked to cook a special dish for the viceroy.

For our Chicken Mole at Gran Luchito, we use Gran Luchito Chipotle Paste to give a smoky and sweet taste to this easy mole recipe, and it’s prepared in a simple way so that everyone can prepare this at home. We recommend freezing any leftovers to enjoy later, as this is one of those recipes that tastes even better the day after when it’s reheated.

Don’t forget to serve this Mexican chicken mole recipe alongside Mexican Rice and Stuffed Poblano Peppers or Tamales for a truly authentic Mexican feast! For further information on traditional Mexican dishes, check out our guide on What Is Authentic Mexican Food.

FOR THE CHICKEN AND STOCK

FOR THE CHICKEN AND STOCK

What To Serve With Chicken Mole

Serve this chicken mole alongside: 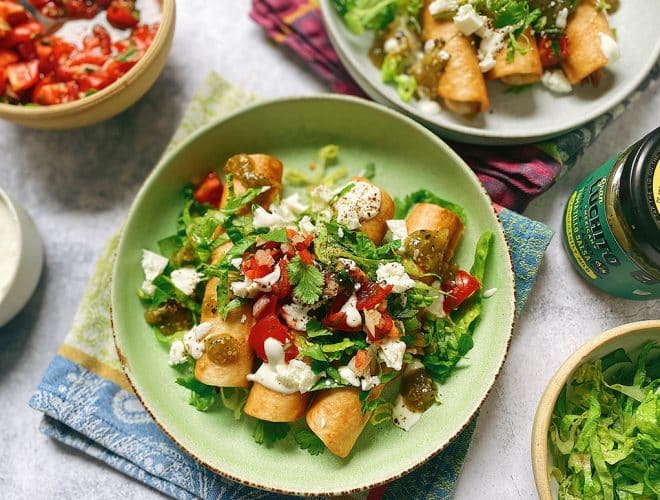 Mole is a traditional sauce and marinade originally used in Mexican cuisine. Brownish-red in color, this sauce includes the common elements of dried chiles, sweet fruits, and other sweet-savory ingredients.

All mole sauces taste a bit different. Some are sweeter, others are spicier, with varying consistencies—but they all feature spicy, smoky, and earthy-sweet notes contributed by ingredients such as chiles, nuts, warm spices, raisins, and tomato.

Is mole a chocolate sauce?

Many people think of mole as a chocolate sauce, but chocolate isn't included in all mole recipes. When it is, it's just one of many ingredients that make up the sauce. Mole Negro, Mole Poblano, Mole Colorado — each of these types of mole may contain a few ounces of chocolate, but when the end result is nearly a gallon of sauce, it's clear that chocolate isn't the biggest flavor component of the dish.

How do you serve mole?

As one legend of the origin of mole sauce tells it, nuns in Mexico put together a random assortment of ingredients upon hearing that the archbishop was coming to visit. The only meat they had on hand was an old turkey who wandered the grounds, and so they cooked it and ladled their sauce over the top.

Ladling mole over meat is the most common way to serve it. Of course, you can also combine the meat and sauce together before serving for tacos and burritos. It's also delicious served in enchiladas.

Can you freeze mole sauce?

Mole sauce can be frozen for up to 4 months. Just place cooled sauce in a freezer-safe container. It will keep about 3 days in the fridge.