If you’ve never tried it, a black pudding breakfast is a great way to start the day. Especially when it’s all crispy and served with toasted fresh bread and perfectly runny eggs! The only thing that can make that better is a little bit of our smoky Chipotle Mayo. Now you’re talking!

Black pudding is made of pork blood, a bit of fat, oats or barley. It’s a great source of protein, low carb, and high in zinc and iron. It’s been described as a “superfood” because of these nutritional qualities. You can enjoy it cold, as it comes, boiled, fried, grilled, heated up in the oven, alone, with eggs or with scallops. 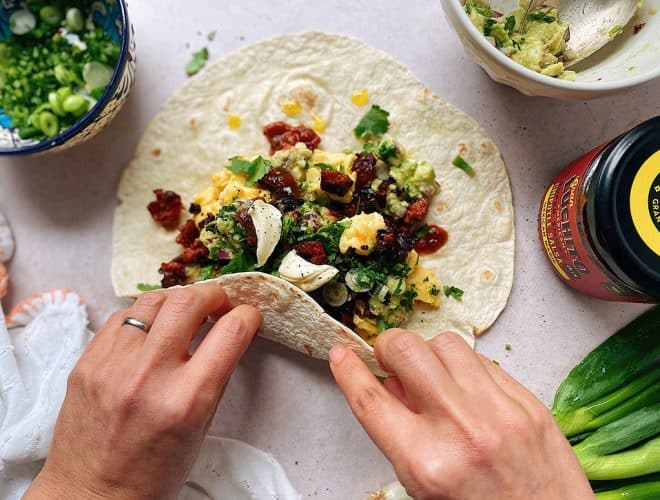 Love black pudding! The chipotle mayo was perfect with the spices of the pudding. I poached my eggs instead of boiling. 5*

Thanks Douglas – so glad you are enjoying the Mayo – great idea to poach the eggs! 🙂