Here at Gran Luchito we are fanatical about tacos! Travelling in Mexico and experiencing firsthand the unique tastes and variety of tacos available really ignited our passion. With tacos in every restaurant and a prolific street food scene, you’ll find there are as many different types of tacos as there are regions in Mexico. With our guide to tacos in Mexico we share some of our favourite and authentic taco recipes inspired by our travels.

First on our Regional Guide to Tacos is Central Mexico. With Mexico City, Puebla, Tlaxcala, Hidalgo, Querétaro, Guanajuato, and San Luis Potosí, this region has some of the best foodie scenes in Mexico.

Here you won’t want to miss Tacos al Pastor  made with tender and delicious, marinated pork and grilled pineapple.  Tacos al Pastor arrived in the 1950s with the arrival of Lebanese immigrants in Mexico. For Al Pastor, a shawarma style grill similar to a kebab spit-roasts the pork. Aside from the cooking technique, we think the magic is in the marinade which has fresh pineapple juice and Guajillo chillies.

Another authentic taco not to be missed from this region is Barbacoa. Made traditionally with lamb or beef cooked for hours in a hole in the ground lined with rocks until very tender.

The second region in our guide to tacos in Mexico is the Yucatán and the favourite taco here (and of our faves overall) has to be Pork Pibil Tacos. Delicious slow-roasted pulled pork with the beautiful flavours of fresh oregano and zesty orange.

Be sure to check out our Things to do in the Yucatán if you decide to plan a trip there!

Next on our list is Northern Mexico. Corn tortillas reign supreme in most Mexico, but in the North it’s a different story. Due to its proximity with the U.S. border, you will often find tacos made with flour tortillas. Tacos usually contain beef cooked in a variety of ways with each Northern state having its own specialty. Our favourite are Carne Asada Tacos found in Nuevo León which are delicious and simple grilled steak tacos with a topping of onion and cilantro. 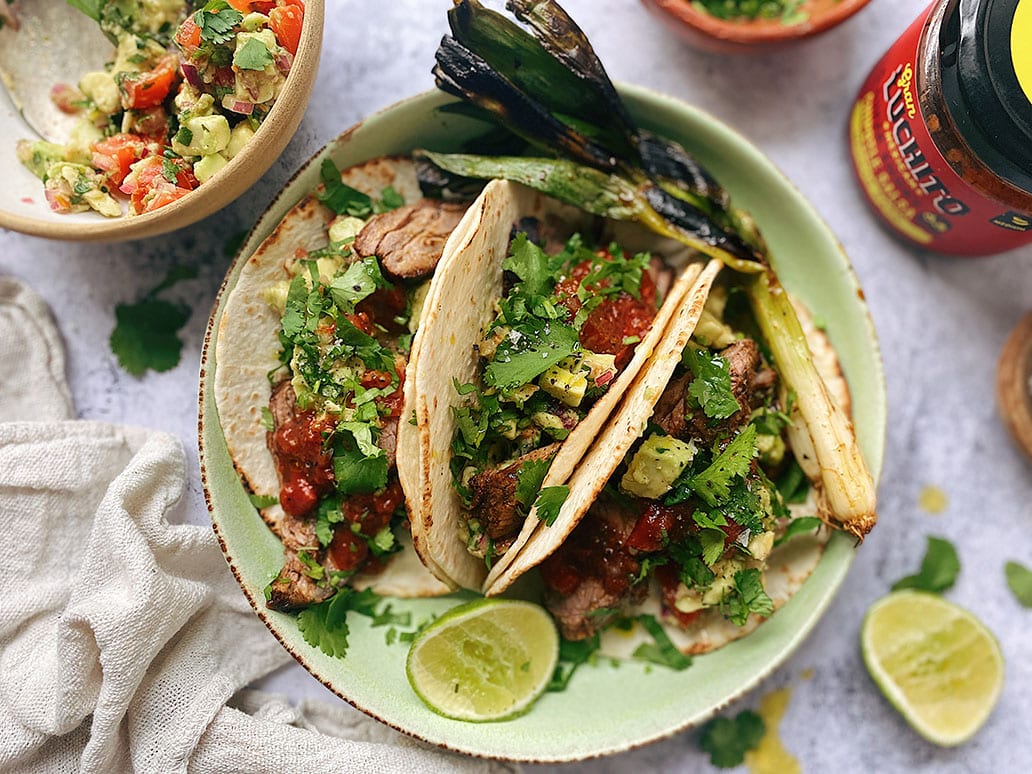 Next on our list of Guide to Tacos in Mexico we have Western Mexico. Certainly, this region is interesting because it offers the best of both Baja Tacos and Central Mexico Tacos. Nayarit is known for Taco Gobernador which was named after the Governor of Sinaloa, Mexico. The Governor stated that Pacific shrimp, melted cheese, tomatoes, peppers and onions was good politics!

Jalisco’s notable taco is the Tacos de Birria made with mutton. Finally, Colima uses the most bizarre parts of the beef (head, eyes, and tongue) to create exotic culinary delicacies.

Last up on our Guide to Tacos in Mexico is the southeast. Certainly the tacos here are for the adventure seeker! For example, Tacos de Chapulín (grasshopper tacos) which can be found all over the region and Tacos de Hormiga Voladora (ant tacos) which are served only in the state of Chiapas. Other choices that are only for meat lovers include Oaxaca’s delicious Tacos de Tasajo (dry beef tacos).

Where to Stay in Tulum

Where to Stay in Puerto Vallarta

Valentine’s Day MenuThings to do in Oaxaca